'I want to go into space one day, too' 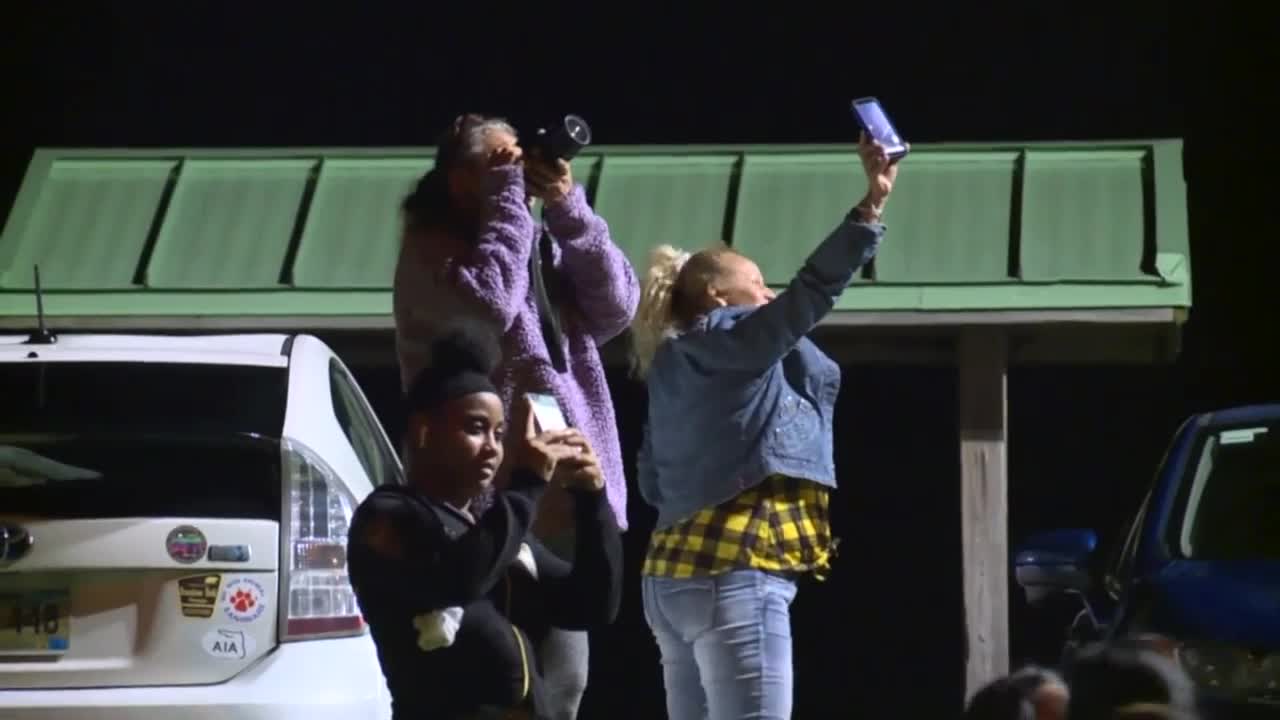 Floridians throughout the state flocked to Titusville to watch the SpaceX launch.

The Crew Dragon capsule will now head to the International Space Station with its first official passengers, Michael Hopkins, Victor Glover and Shannon Walker of NASA, and astronaut Soichi Noguchi of the Japan Aerospace Exploration Agency.

The flight follows SpaceX's final test run in May, which saw Americans Bob Behnken and Doug Hurley return to space on an American craft.

Thousands turned out to watch this weekend's follow-up launch from the Space Coast. Some came from across the country.

Rich Sirois drove down from Virginia to snap a few shots with his camera. He was excited to witness history despite the ongoing coronavirus pandemic and officials urging people to watch online.

"I figured, what the hell," Sirois said. "When do you get to see the first launch --operational launch -- of astronauts?"

"It's now or never, probably," Alexander said. "Hopefully, we'll see it because we got to go back tomorrow. We're in that age where we have doctor's appointments on Tuesdays.”

High winds had scrubbed the rocket's Saturday launch window. A system of thick cloud cover and rain threatened to do it again 24 hours later. Officials said it stayed far enough away they were able to proceed as planned.

SpaceX's Falcon 9 rocket lifted off at exactly 7:27 p.m. as cheers erupted from the crowd below.

"We're all human, you know," McCabe said. "This is a big deal. I've lived here my whole life. I've never seen a night launch and to share it with the family is amazing."

Erika Kim, a young Floridian, said she was inspired by crew member Noguchi, who shares her heritage.

Sunday's launch came after a decade of work. NASA has partnered with SpaceX, and eventually Boeing, to create a commercial ferry service. The federal government and other future clients are set to more easily move supplies and people to orbit.

"It'll be like a taxi service where you order, 'I want this delivered to space,'" Space Florida Vice President Dale Ketcham said.

Ketcham said the advancement will benefit the nation and the state in time. Companies, he said, will innovate further, technology will get cheaper and more will be able to afford to invest in space.

"It's the very first of what will become how business is done in the future," he said.

It's a future that no longer seems so distant.

The Crew Dragon capsule is expected to arrive at the ISS Monday night. NASA officials believe docking will begin at 11 p.m.