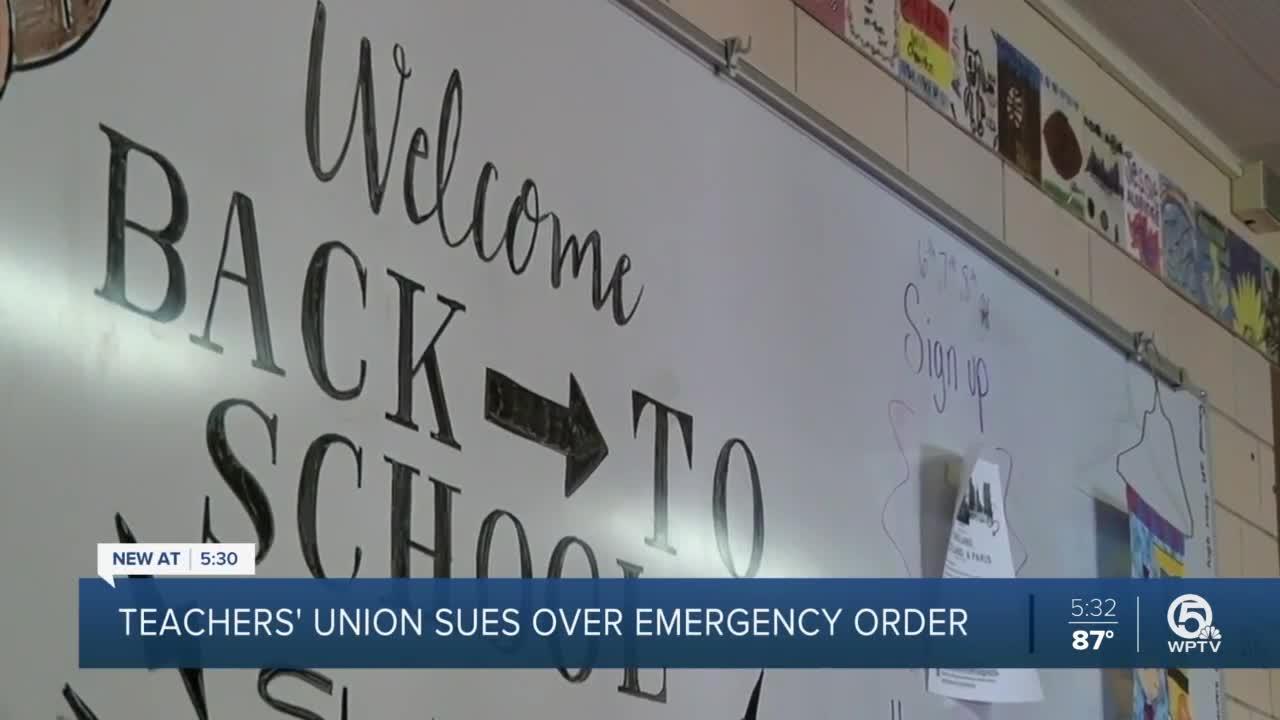 The Florida Education Association, which has around 150,000 members, argues the order violates the state constitution requiring a safe school system.

During a news briefing announcing the lawsuit, FEA President Fedrick Ingram called safe learning in schools impossible as long as the state continues to see a skyrocketing total of COVID-19 cases.

"Everyone wants schools to reopen, but we don't want to begin in-person teaching, face an explosion of cases and sickness, then be forced to return to distance learning," Ingram said in a statement. "Florida's Constitution demands that public schools be safe. Teachers and parents want our schools to meet that basic standard."

The state's Education Commissioner Richard Corcoran sent out the emergency order on July 6. It requires K-12 districts to open up brick-and-mortar schools as an option for families, five days a week. Corcoran hoped to create flexibility, allowing districts to craft return plans for online or in-person learning.

Corcoran, who was named as a defendant along with the governor, education department and board— took to Twitter Monday to criticize the suit. He called it "frivolous and a complete disregard for everybody's, especially children's, health and welfare."

"The E.O. did not order any new directives regarding the requirements of schools to be open, it simply created new innovative options for families to have the CHOICE to decide what works best for the health and safety of their student and family," Corcoran said online.

The association filed the lawsuit in the Eleventh Judicial Circuit of Florida in Miami. Teachers Stephanie Beth Miller, Ladera Royal and Mindy Festge joined FEA in its pursuit to freeze the order.

Besides alleging unconstitutionality, the group also called for the state to create a "meaningful" online learning plan with access to computers and the internet until cases subside. Additionally, districts would be compelled to have PPE, reduced class sizes and follow CDC guidance before reopening.

"Gov. DeSantis needs a reality check, and we are attempting to provide one," Ingram said. "The governor needs to accept the reality of the situation here in Florida, where the virus is surging out of control."