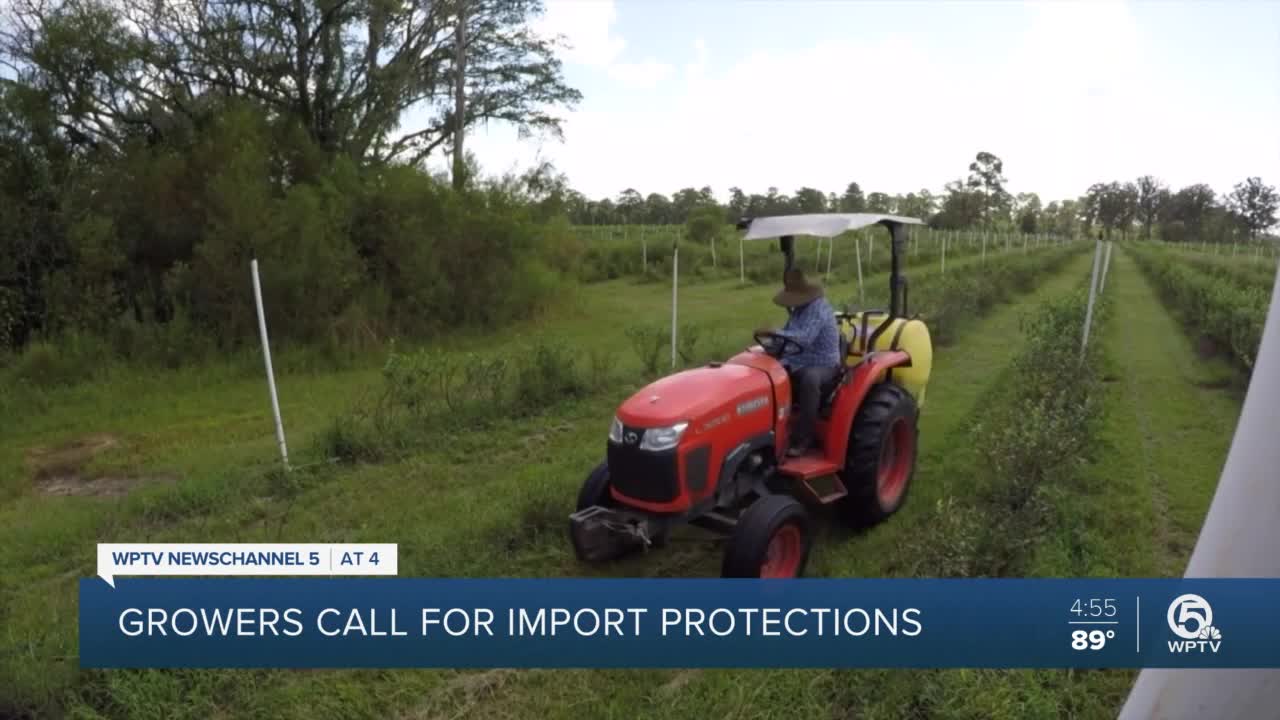 Florida’s growers of fresh fruits and vegetables were feeling cautiously optimistic this week. That’s after the federal government finally announced on Tuesday it would address produce dumping.

Florida's growers of fresh fruits and vegetables are feeling cautiously optimistic this week. That's after the federal government finally announced Tuesday it would address cheap produce imports from foreign countries.

For years, farmers have complained of weak regulation allowing cheap imports to undercut the domestic market.

North Florida blueberry grower Bud Chiles was hopeful the Trump administration would follow through with its promises to help.

"It's great news," Chiles said. "I feel great about it. It's overdue."

Chiles is the son of a former Florida governor, Lawton Chiles, and a major supporter of local farming. His national advocacy group, American Grown, has linked produce dumping to helping shutter at least 100,000 U.S. farms since 2011. The practice has also pushed farm debt to historic highs.

Federal trade, commerce and agriculture agencies proposed a slew of improvements in their recent report on produce dumping.

U.S. Secretary of Agriculture Sonny Perdue said in January the produce protections were coming. That was after officials failed to get them in the new USMCA trade agreement.

"I can tell you this, Ambassador (Robert) Lighthizer tried really hard," Perdue had said. "It was on the table up until the end. That was one of the things that didn't make it across the table."

Chiles wanted this new effort to bear fruit and not fall to the wayside. Now that the government is listening, he said growers need to keep up the pressure.

"We're in a situation where half of our food market has been taken over by foreign, particularly Mexico. We've got a long way to go," Chiles said.