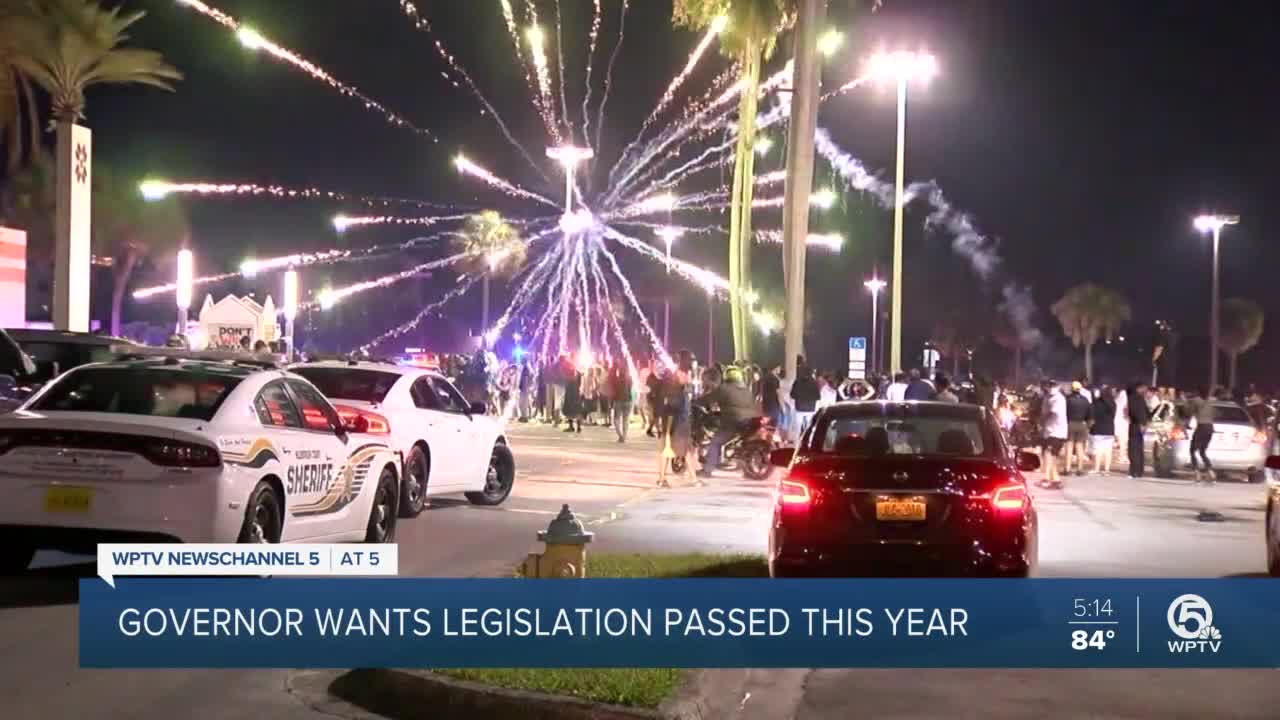 Gov. Ron DeSantis is calling on lawmakers to pass his new proposed all targeting violent protests and defunding of police departments this year.

The governor wants approval of his measure targeting violent protests before the end of the year. Gov. Ron DeSantis said that following Tuesday's cabinet meeting.

Lawmakers plan to return to the capitol for a routine organizational session in November. The Florida Constitution requires it 14 days after a general election.

"It's going to have broad support -- certainly from the Republican caucuses in both chambers," DeSantis said. "It may be something where you need to act."

It increases penalties for violent protesters, unlawful blocking of roadways and destruction of public property. The legislation would also cut state funds to communities that drastically defund police departments.

DeSantis said he thought the Legislature should act on the policy before the end of the year to prevent future violence in the state.

"I think it would send a strong message," he said. "I think Florida has handled it better, but at the same time … you constantly hear these reports of unrest. You hear threats of more unrest. That's not something we want to deal with without having all the tools at our disposal."

The GOP holds a majority in both chambers, and a November vote would come before any seat changes made on Election Day.

"It's bizarre," said Roger Weeden with the National Lawyers Guild. "There are statutes that already address every single one of these issues."

Weeden also noted that the vast majority of Florida's protests recently have been peaceful. He called the measure overreaching.

"The danger doesn't exist," Weeden said. "So, really, this is a solution looking for a problem."

The next step will be for lawmakers to craft language for the bill and file it. It would then be eligible for a vote in the coming weeks.

However, Agriculture Commissioner Nikki Fried said there were more important issues for legislators to tackle. She urged the members to take up a variety of other topics during the day-long session.

Fried has been a harsh critic of DeSantis' handling of the pandemic. She is considered a likely Democratic challenger for the governor's office in 2022.