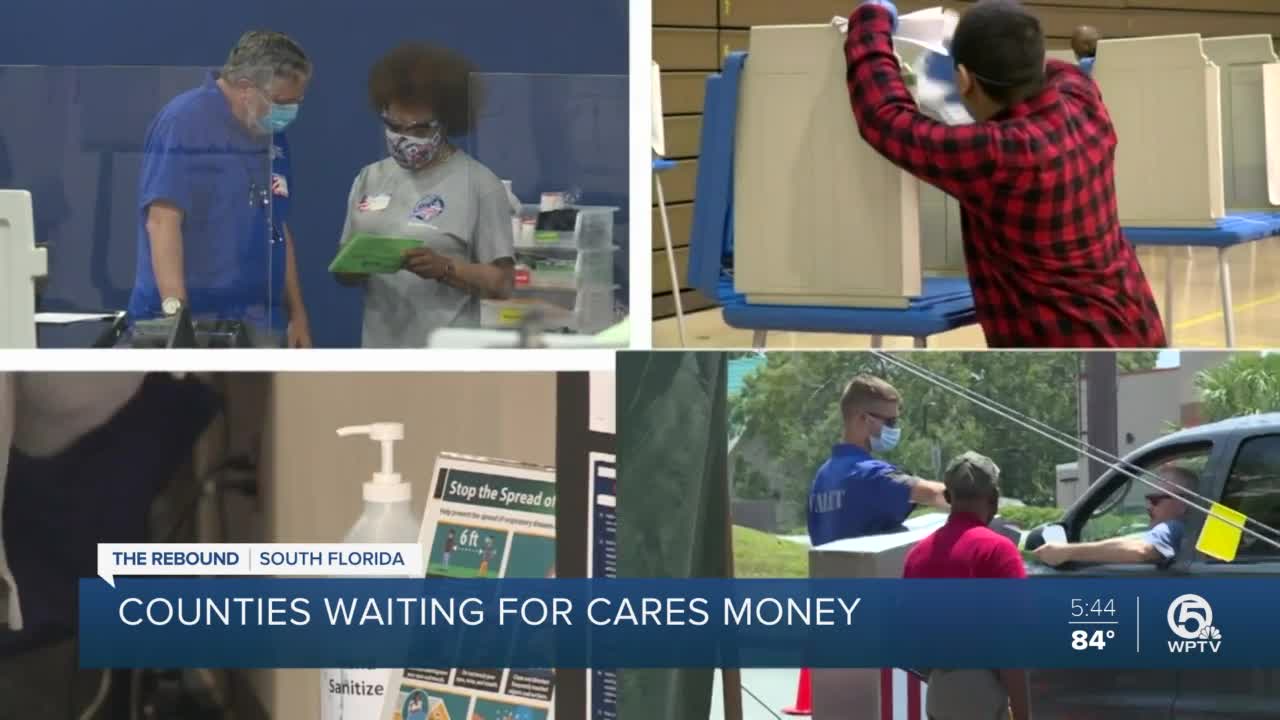 Only 41 days remain until Election Day and most Florida counties still don’t have monies meant to protect voters and poll workers from COVID-19.

Only 41 days remain until Election Day and most Florida counties still don’t have monies meant to protect voters and poll workers from COVID-19.

The federal government approved about $20 million CARES Act dollars before the primary. This was after Florida agreed in May to contribute an additional $4 million from the state.

State officials would then hand out the funds to each county, with higher amounts going to those with higher voter populations. Election supervisors can use the dollars for PPE, protective barriers, sanitizers and more.

“We applied for our funding, July 1," said Polk County Election Supervisor Lori Edwards. "And, of course, here we are, late September and still no money."

Edwards said her county was slated to receive about $600,000. In an email, state officials said to expect the money by mid-August. That didn't happen and Edwards has yet to hear why.

"We haven't received any questions about our request or indication that there is any reason to hold up the funds," she said.

Without clarity, Polk, like other counties, decided to pay out of pocket for virus protection. The CARES Act money will now act as reimbursement whenever it arrives.

“We couldn’t sit around and wait for the state government to catch up with itself," Edwards said.

Florida's governor sounded unaware of any holdups when we asked him about the funds this week.

“It’s being distributed. I’d have to talk to Secretary [of State Laurel] Lee," Gov. Ron DeSantis said. "As they ask for the money, it's distributed.”

But, as of Monday, state officials explained that 43 counties had applied for funds. Florida had only released dollars to 28 counties as of Wednesday, equaling about $9 million of the overall $20 million.

A tedious review process required by statute sounds like the reason for the long wait times.

State officials said it starts with counties needing to first apply for the funds. From there, the state department takes over. Staff members go through the applications, reviewing what the funds are for and if the paperwork is correct.

Once approved, requests are next resubmitted to the Department of Financial Services, where more reviews and approval are needed. If financial services clears the application, funds are finally released.

Despite that process, state department spokesman Mark Ard said the following in a statement:

"Our first priority from the outset of the pandemic has been the health and wellbeing of Florida’s voters and the poll workers who serve at our polling locations," said Ard. "Supervisors have already successfully conducted early voting and two elections this year and I am confident we will successfully conduct the General Election.”

Edwards said she wished the state would deliver what her county is owed.

“I certainly understand we’re all busy right now," Edwards said. '"But if on Aug. 10 you tell me the check is in the mail, I’m a little disappointed win late September to find out the check wasn’t in the mail.”

Here are some things to remember about Florida’s election CARES Act dollars: