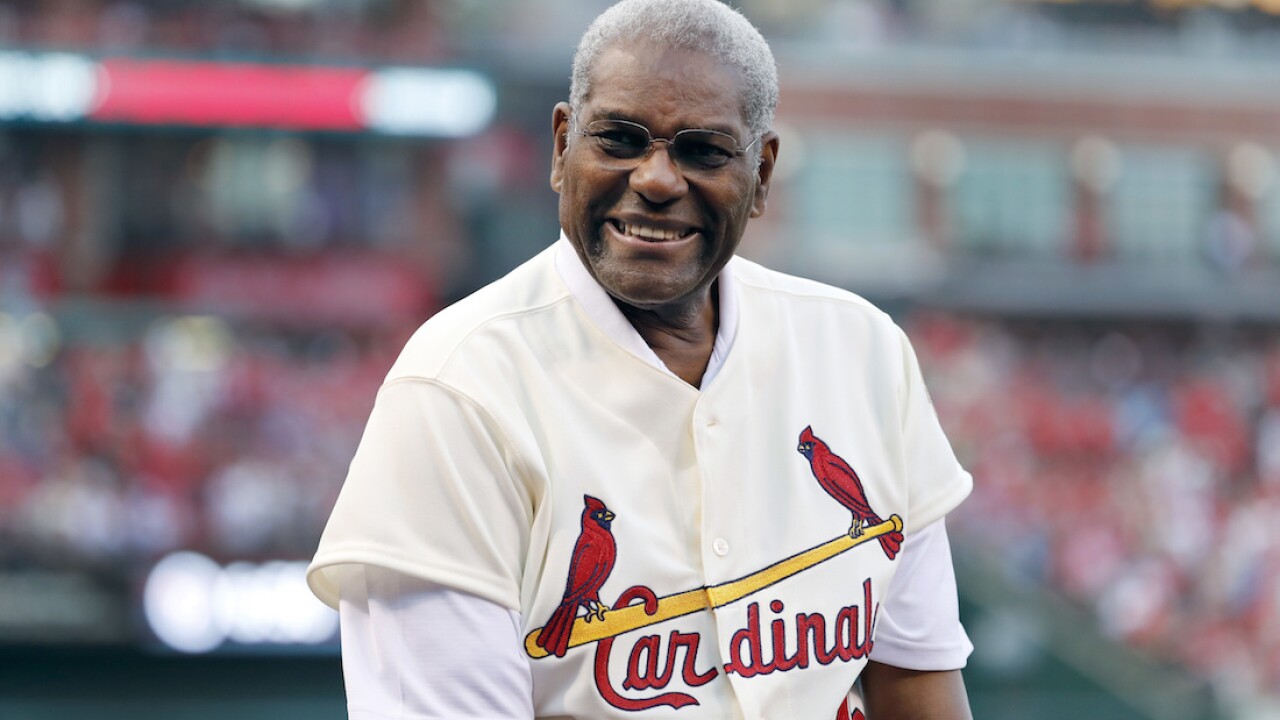 Copyright 2017 The Associated Press. All rights reserved.
Jeff Roberson/AP
FILE - In this May 17, 2017, file photo, Bob Gibson, a member of the St. Louis Cardinals' 1967 World Series championship team, takes part in a ceremony honoring the 50th anniversary of the victory, before a baseball game between the Cardinals and the Boston Red Sox in St. Louis. Gibson, the dominating pitcher who won a record seven consecutive World Series starts and set a modern standard for excellence when he finished the 1968 season with a 1.12 ERA, died Friday, Oct. 2, 2020. He was 84. (AP Photo/Jeff Roberson)

Hall of Famer Bob Gibson, the dominating St. Louis Cardinals pitcher who won seven consecutive World Series starts and set a modern standard for excellence when he finished the 1968 season with an earned run average of 1.12, has died.

The St. Louis Cardinals tweeted out the news on Friday.

Bob Gibson quite literally changed the game of baseball.

He was a fierce competitor and beloved by Cardinal Nation.

We will miss him dearly.

The two-time Cy Young Award winner spent his entire 17-year career with the Cardinals and was named World Series MVP in their 1964 and '67 championship seasons.

He came up short in 1968, although he was named the National League's MVP and won the Cy Young.