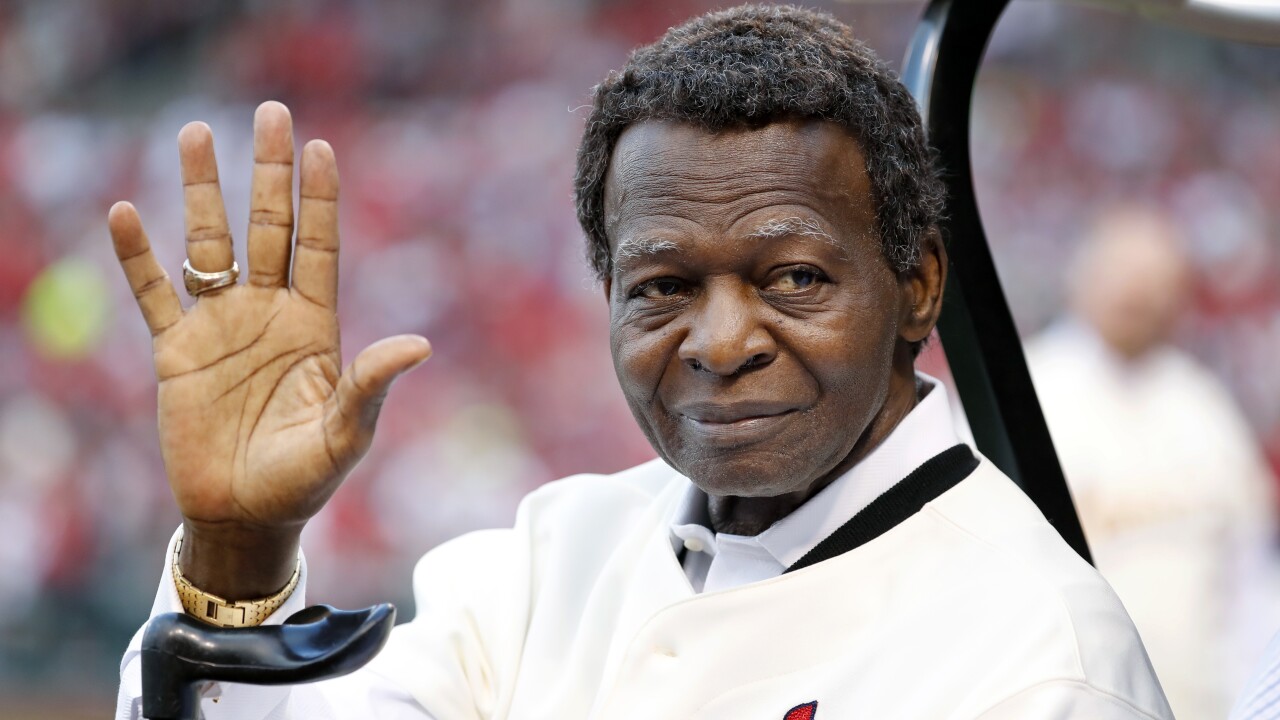 Copyright 2017 The Associated Press. All rights reserved.
Jeff Roberson/AP
FILE - This May 17, 2017 file photo shows Lou Brock, a member of the St. Louis Cardinals' 1967 World Series championship team, taking part in a ceremony honoring the 50th anniversary of the victory before the start of a baseball game between the St. Louis Cardinals and the Boston Red Sox in St. Louis. (AP Photo/Jeff Roberson, file)

NEW YORK (AP) — Hall of Famer Lou Brock, the dynamic leadoff hitter and base stealer who helped the St. Louis Cardinals win three pennants and two World Series in the 1960s, has died at 81.

Brock arrived in St. Louis in June 1964, swapped from the Chicago Cubs for pitcher Ernie Broglio in one of baseball’s most lopsided trades.

Brock was an anchor for St. Louis as its combination of speed, defense and pitching made a top teams in the ’60s.

Brock lost a leg from diabetes in recent years and was diagnosed with cancer in 2017.