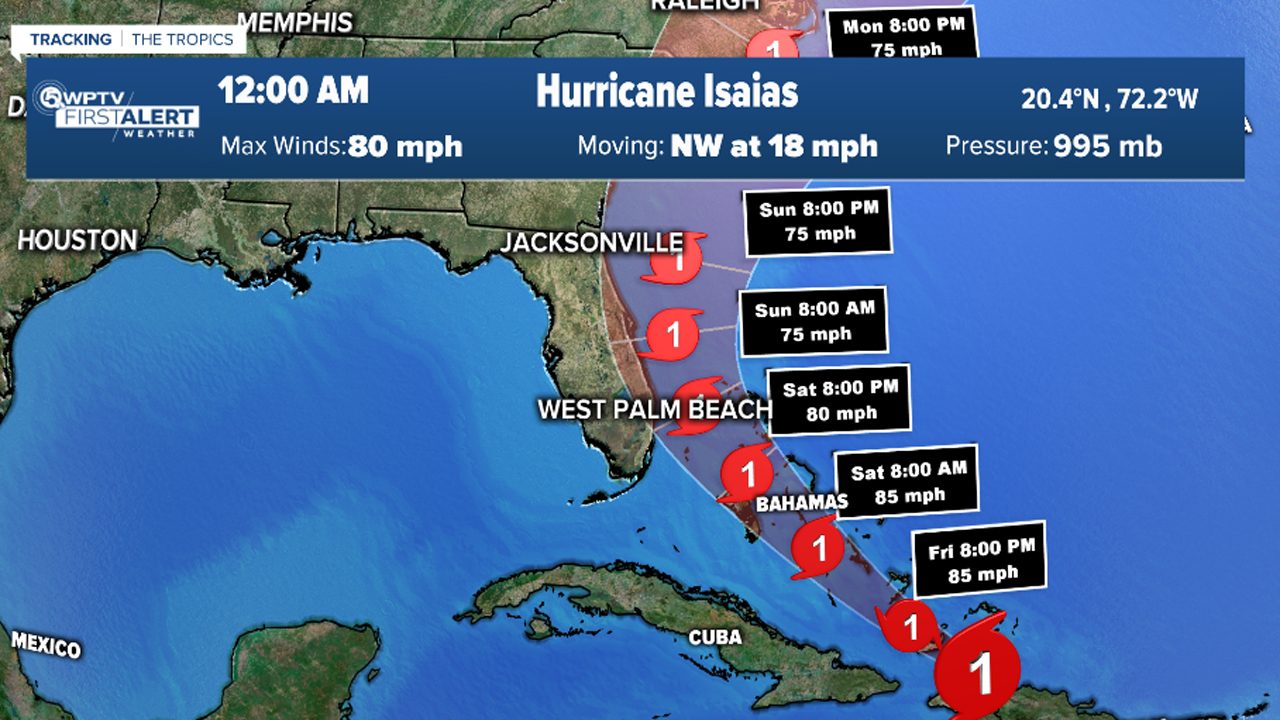 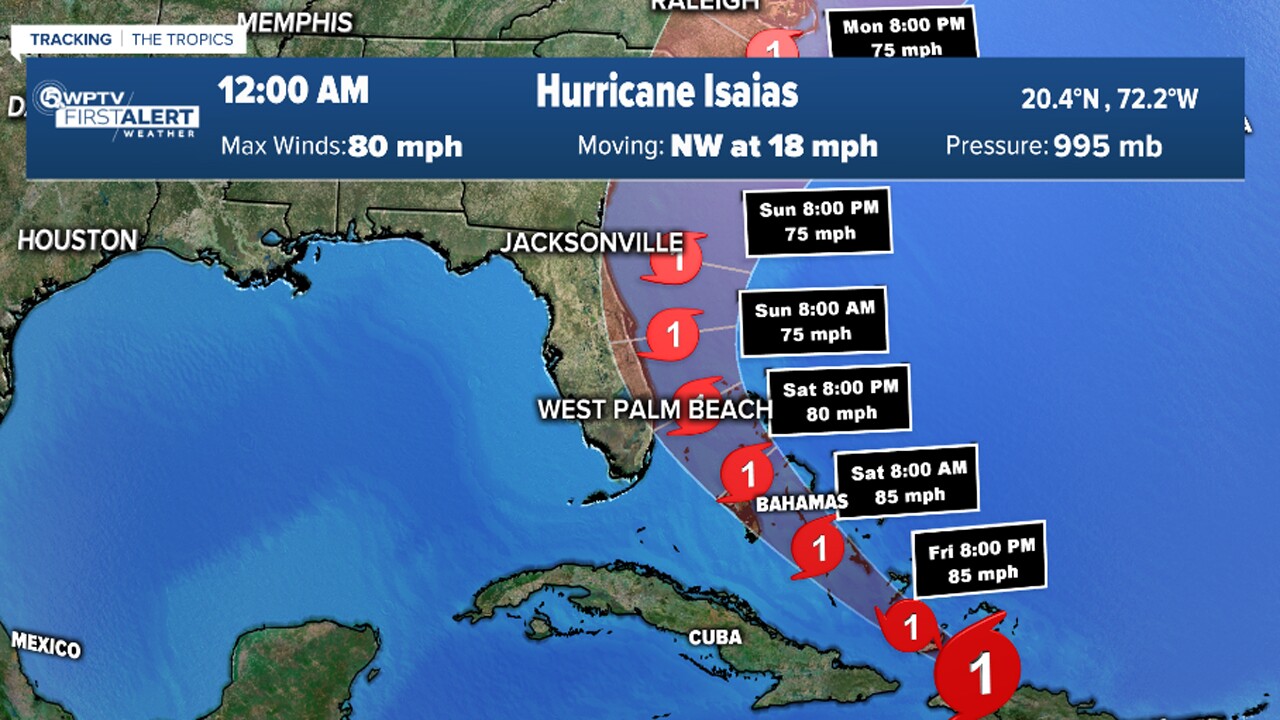 The storm is strengthening quickly with a deep area of convection where the new low-level center is forming, First Alert Weather Meteorologist James Wieland said.

Air Force Reserve Hurricane Hunter aircraft data indicated that the tropical storm had strengthened to a hurricane. The maximum winds are estimated to be 80 mph with higher gusts. Little change in strength is forecast during the next 48 hours.

A Tropical Storm Watch is in effect for the east coast of Florida, including Palm Beach County and the Treasure Coast, due to the threat of hurricane.

WPTV First Alert Chief Meteorologist Steve Weagle said Palm Beach County is still in the error cone, but it is possible we could drop out of the cone Friday night.

The latest track continues to keep the eye of the hurricane offshore of Florida this weekend.

Weagle said the forecast has outer rain bands arriving Saturday morning with 30 to 40 mph winds during the afternoon and night. Stronger gusts are possible in rain squalls.

Two to four inches of rain is possible, but we may not see much rain at all. Sunday will be blustery in the morning but sunshine/gusty winds likely in the afternoon.

Weagle said that on its current track, the worst weather from Isaias would remain over the Bahamas on Saturday and Sunday. The 11 p.m. Thursday track shifted the storm a little further to the east.

The probability of tropical storm-force winds for West Palm Beach is just under 50 percent and about 33 percent from Port St. Lucie to Vero Beach.

A Hurricane Warning is in effect for:

A Tropical Storm Warning is in effect for:

A Tropical Storm Watch is in effect for: